Why am I running for a seat on the RWA Board of Directors?
By Karen Steele

When I first started talking to some friends about whether I should run for office as an RWA director, they began showering me with comments and suggestions.The things they brought up were as varied as they were entertaining. Well they entertained me, but then that's why they're my friends. The conversations went something like this.

"You'll have less time to write. You'd need to get up before the kids do to get anything done." "Then I'll just have to write smarter. Getting up early or staying up late isn’t anything new - I think I can handle the absence of sunlight with my coffee."

"Are you positive you want to run for the RWA board? I'm pretty sure they don't even have a cover model competition at their conference."
"Yes I'm sure, and no, they don't." (This friend, who has never been to an RWA national conference, went on to say she thinks it would really liven up the Golden Heart / Rita ceremony if we could just throw in some cover models. I suggested she write a letter to the event organizers and maybe try to get to a conference herself sometime in the future.)

"You won't be able to serve on your chapter board anymore."
I paused on this one. I do love my chapters, and working with the chapter board is something I've enjoyed. "I'll still be in the chapters though. And you don't have to serve on a board to be an active part of a chapter.""Ah-ha. So if you don't have to be on the board to be an active member, why are you running for the board?"

I was starting to think maybe my friends didn't know me very well by now. So I called my best writer friend, the one who's known me since before I even joined RWA."I'm thinking about running for the board of RWA" I told her."Good. I think you'll do a great job. Now tell me why."

It's a good thing only one person brought up the cover model thing, or this post might have gone down an entirely different thematic road. But that "why" question was becoming my running-for-office theme. With each person I talked to, I became even more convinced that running for a seat on the board was the right thing for me to be doing now.

So, why? For starters, I love RWA. I know I’d still be writing if I had never joined, but I wouldn’t be writing as well. I might still be published, but I don’t think my work would be as polished and professional. If you want to become a comedian, I’m pretty sure you don’t sit in your bedroom telling jokes to no one besides yourself for five years. You head out to the comedy clubs, and learn from the pros. Then you get on stage, and see if anyone laughs.
No one laughs when I get on stage, or if they do it’s probably not for the right reasons. So I stick to writing.

When I joined my first RWA chapters I looked at the authors around me. I saw people like me, just getting started. And there were members who had just sold a first book, who were celebrating their twentieth sale, some that were bleeding over a rejection and others celebrating finding an agent. But no matter where they were in their career, they were all focused on becoming the best writer they could be. And they were all there with their advice, support, cheers, and tissues when they were needed.

The chapters I belong to range in size from several dozen to several hundred members. Each chapter has its own sense of spirit, but they all share one common, unifying theme. We support each other and know that as each member grows and succeeds, our chapter grows and flourishes with her (or him). And the chapter board members each work as hard as any volunteer can to make sure their chapters and members keep moving forward together towards success.

Over the past few years it seems this sense of unification has not flourished on a national level. We've seen publisher controversy, eligible vs. recognized disarray, contest confusion, even a complete kerfuffle over something that's meant to be as positive as an awards ceremony.
Except for that last one (I'm still trying to figure out how that one happened myself) some of the most strident disputes have been over issues that build walls between members. Writers have been divided, pushing the membership into labeled groups instead of joining them into a unified organization.

Now I'm not looking to lead a round of Kumbaya around a council campfire. If you’d ever heard me sing – and you probably haven’t, because I don’t sing - you’d know that would probably lead to me drinking alone at the bar when everything was said and done. But I am interested in finding ways to bring the spirit of the membership back to where it started. When those 37 original members formed RWA nearly 30 years ago, I don’t think they felt a need to divide the membership based on where each member was in their career. They just wanted to become successful writers, and to support their fellow writers while they reached for their own success.
It takes a completely different level of leadership to educate and advocate for 10,000 writers than it does for 37. With the growth of membership came a lot of good things. But if it came with the loss of unity, I think we need to ask ourselves if all the growth has come in positive directions.

I don’t have an agenda, or a pet cause. I’m pro-writer, no matter if you are writing with your toes or with a keyboard, published on printed paper or digitally. I truly believe that just as there is no single "right" way to write, there is no single "right" way to publish. I wish to work with the board on educating members to the new choices and challenges that open to them every year, and promoting membership development as RWA continues to grow into an organization that serves and advocates for every one of its members.

And that is why I am running for a seat on the Romance Writers of America Board of Directors.
I encourage you to email me at kasteeleauthor@bellsouth.net if you have any questions.
You can see more information on me at my website, http://kasteele.com, and complete information on all the candidates at www.rwanational.org

Biography :Karen Steele is currently running for a seat on the RWA Board of Directors as Region 3 Director. She lives with her husband and two children in Florida. Under the name Ember Case, she writes for Samhain Publishing.

Karen joined RWA in 2006. She has served the Passionate Ink chapter as Treasurer, Website Administrator, Contest Coordinator, and on numerous committees. She is also a member of ESPAN, the newly formed YARWA, and the First Coast Romance Writers. An active member of Romance Writers of America, she has previously served as contest judge and conference volunteer.

Karen is also a graphic artist, and has been a small business owner for over 15 years. To learn more about her writing, visit www.embercase.com or www.kasteele.com
Posted by Karin Huxman - Romance Author at 9:27 AM

Wow, Karin, thanks for including Karen on your blog. Karen, to think you don't have an agenda? Well, I salute you. And, I love what you have to say about those 37 members. I've had an opportunity serving on the RWA History Committee to talk to some of these women. What they went through to get us where we are, the lack of recognition, the lack of respect and yet they've built this organization up. It's critical that infighting not be our undoing. Good luck with your run for office. And... it won't hurt if you run on the cover model platform either ;) 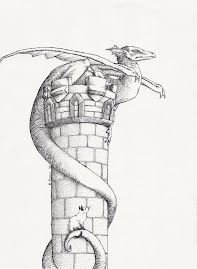